To say I’m a bit obsessed with Benefit cosmetics would probably be an understatement. This past year I seem to have built up quite a huge collection of their kits. When I saw they had released “She’s So Jetset”  and then saw the fact that it contained a neutral (my favourite!!) eyeshadow palette, It had to be mine. 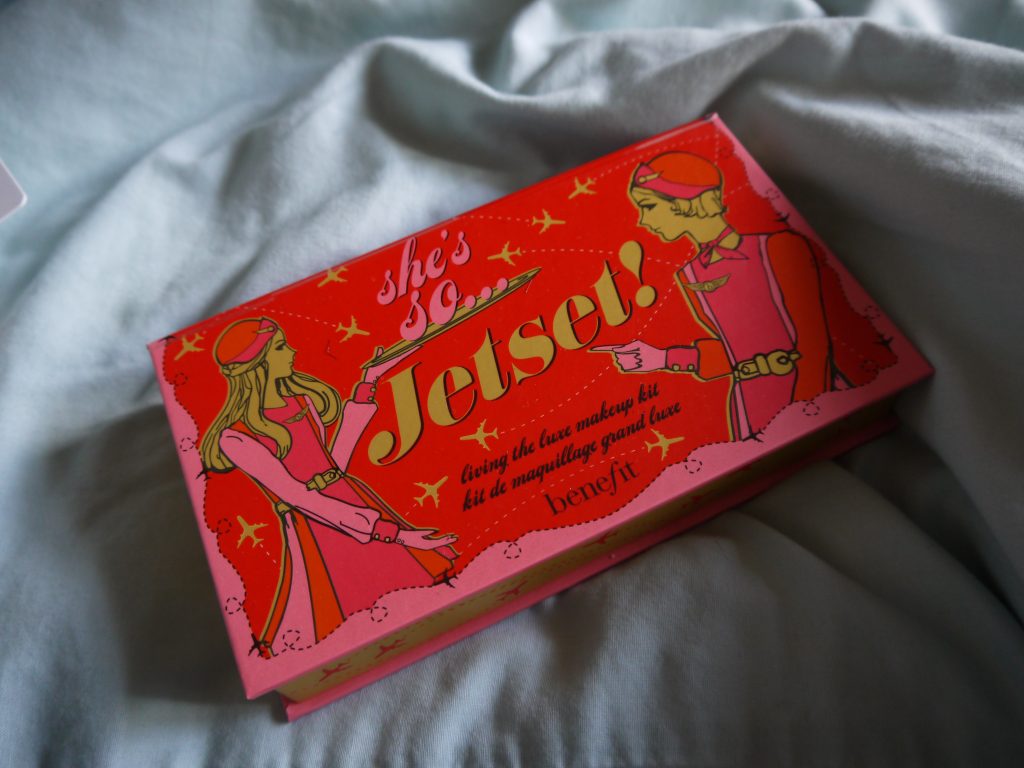 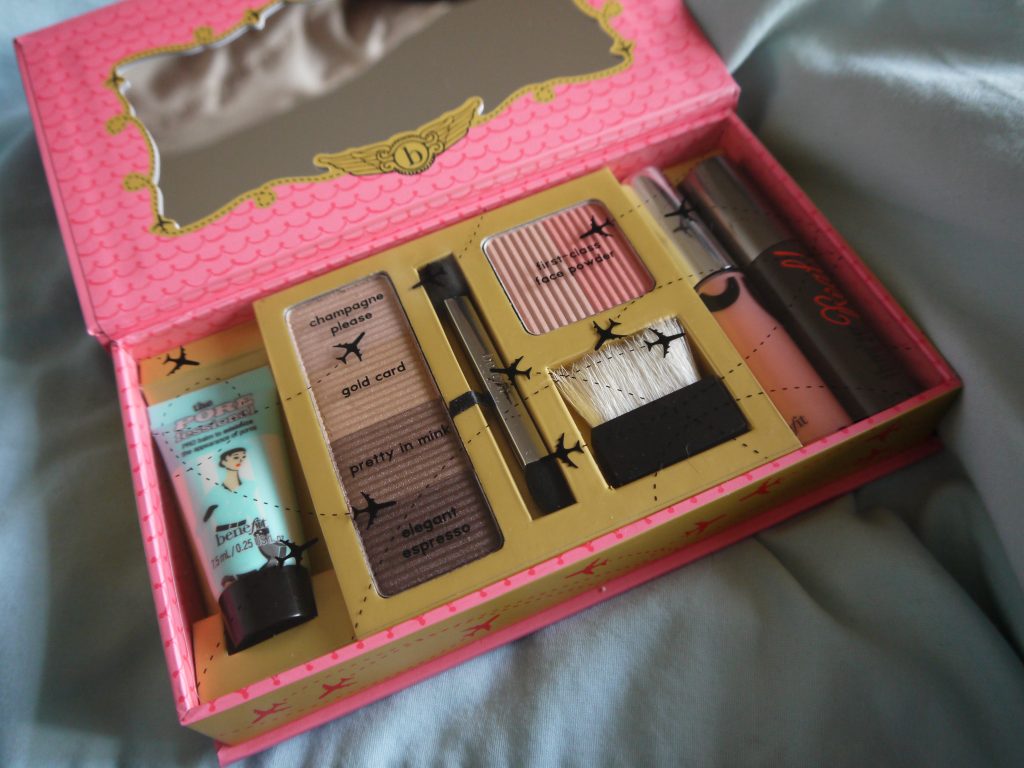 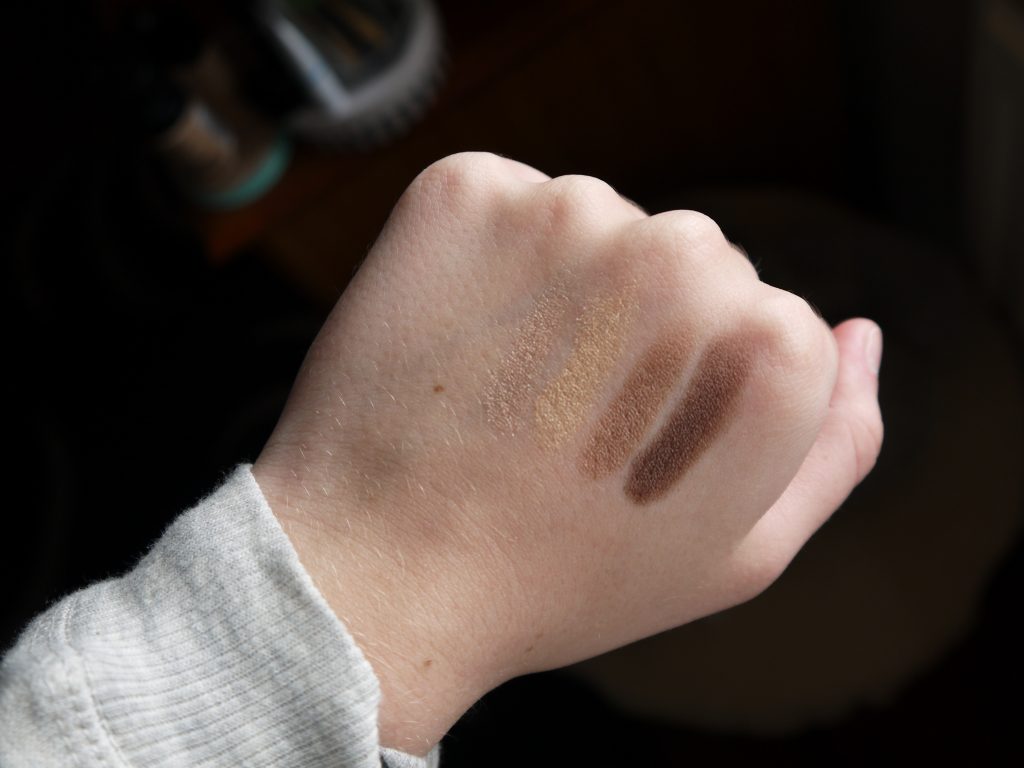 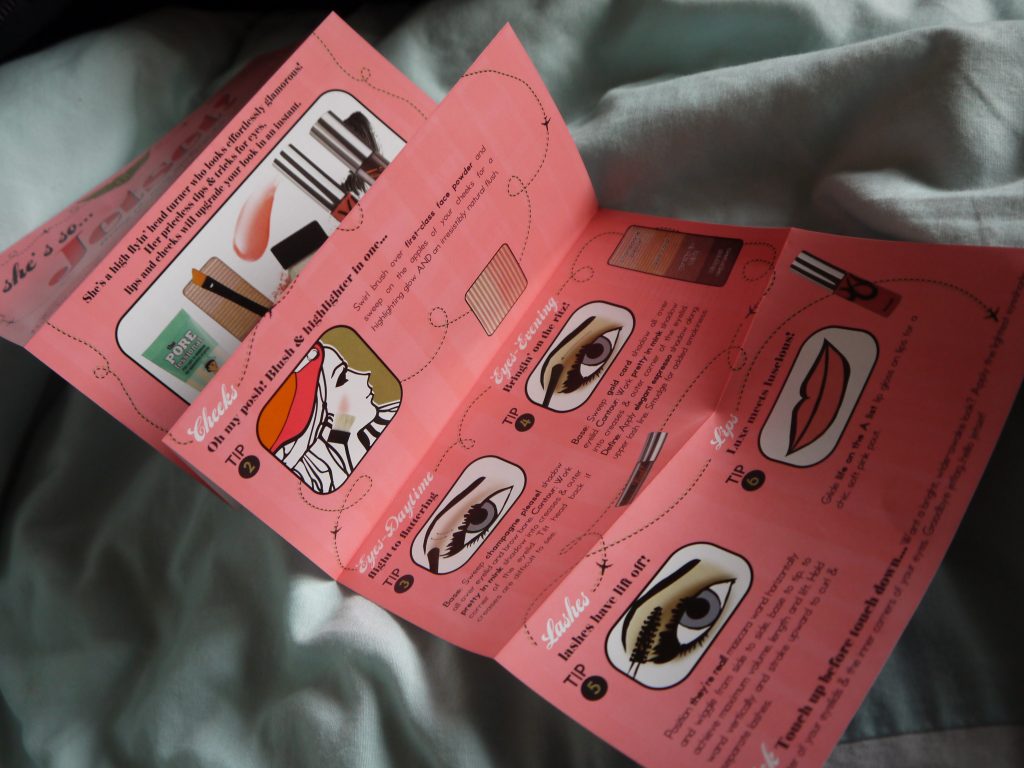 It’s hard to call this kit anything but awesome. I’ve already tried “the porefessional” and “they’re real” mascara, and I love them both, so It was handy to have some travel sized minis of them.

I was slightly sceptical of the lipgloss – I’m not really a huge fan of them as they usually just feel like I’m putting glue on my lips but I was pleasantly surprised by this, not a particularly sticky texture and a pretty light pink colour.

Well Done Benefit – You have produced yet another amazing kit.