The “I Love Music” Tag

I thought I would do something a little different today, so when I found this post on Ali’s blog I had to give the “I love music” tag a try, I am always listening to music, whether its at work, on the train or in my room, I would be very bored without it! I added in a few of my own questions to the tag to make it slightly different so here we go 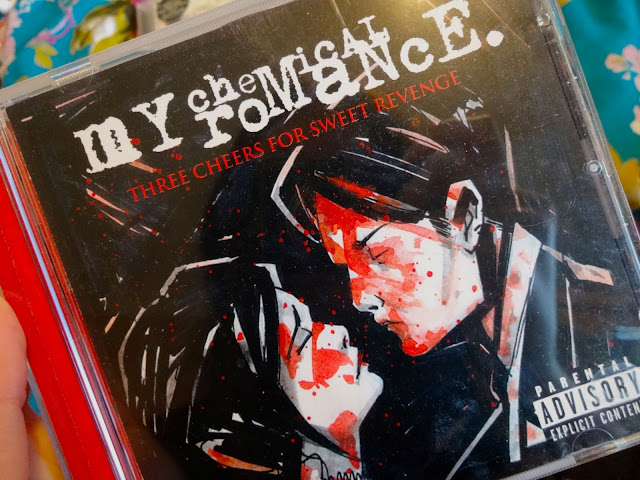 I used to use an iPod up until recently when I bought an iPhone with a larger memory and put all my music on that instead.

2. Can you play any instruments?

I wish. I had a brief stint with the piano when I was younger, although I would really like to learn to play the guitar now, it’s just finding the time and dedication.

3. Do you have an all time favourite CD/Album?

I have many. I don’t think I could even name one. Three Cheers for Sweet Revenge by My Chemical Romance was my favourite as a teenager, it was so perfect for when I was going through that misunderstood awkward teenage faze, and to be honest, I still love and listen to it now. Aside from that I love Tourist History by Two Door Cinema Club, and Viva la Cobra by Cobra Starship 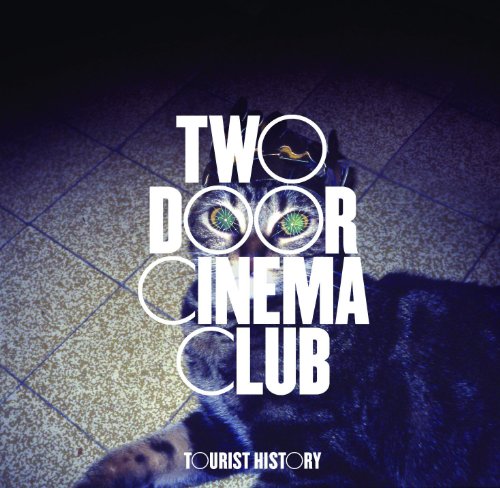 *it’s because it has a cat on the cover ;)/image from amazon

Aghhh this is too hard to choose, Alex Trimble (two door cinema club) has amazing set of vocal chords on him, other than that I’d say Claudio Sanchez from Coheed and Cambria

My favourite song changes all the time, at the moment it’s Get Me Golden by Terraplane Sun.

6. Do you have “a song” with anybody, a friend, family etc. where it means something to you?

“Good Vibrations” by Marky Mark and the Funky Bunch reminds me of when me and James took our trip to Vegas, they kept playing it on the TV, and we walked past a club and this tramp was dancing to it outside, he was really getting into it and it was absolutely hilarious, put a smile on my face.

7. Who is your favourite artist/band that you have seen perform live?

One of my highlights was seeing My Chemical Romance touring in 2011, I had waited years and years and years and finally got some tickets. I also recently saw Imagine Dragons tour their Night Visions album, they were absolutely incredible and have a massive amount of energy and amazing voices!

9. What is Your favourite music genre?

It’s probably a bit hard to pinpoint, I like classic rock, new metal, indie rock/pop, i also like some electro music, and standard pop is sometimes quite catchy ha.

Any type of music where a macbook is the “star”, to me it’s not music unless there is an actual singer and members of a band that actually play their own instruments – you don’t need a computer to do it for you – but each to their own!

As of most recently, the bands I am loving the most are My Chemical Romance, Two Door Cinema Club, Foals, HAIM, Phoenix, Foster The People, Imagine Dragons, Coldplay, The 1975 and Smallpools

Thanks Ali for sharing this post! I definitely give the thumbs up on your love of The Used and MCR.

What’s your favourite type of music? Do you share any of my favourites, or do you hate them all 😉 let me know!