At the beginning of September me and my boyfriend took a 10 day trip. Visiting some sights on the West Coast of America. Our first stop was the Disneyland/California Adventure parks for 3 days. The parks are based in Anaheim, about 45 minutes outside of Hollywood.

We stayed at the Red Lion Hotel, which was about a 20minute walk from the Disney Parks – so really handy! Both of the parks are also within walking distance of each other. Which is worlds away from the Florida experience where you drive miles to reach each individual park! 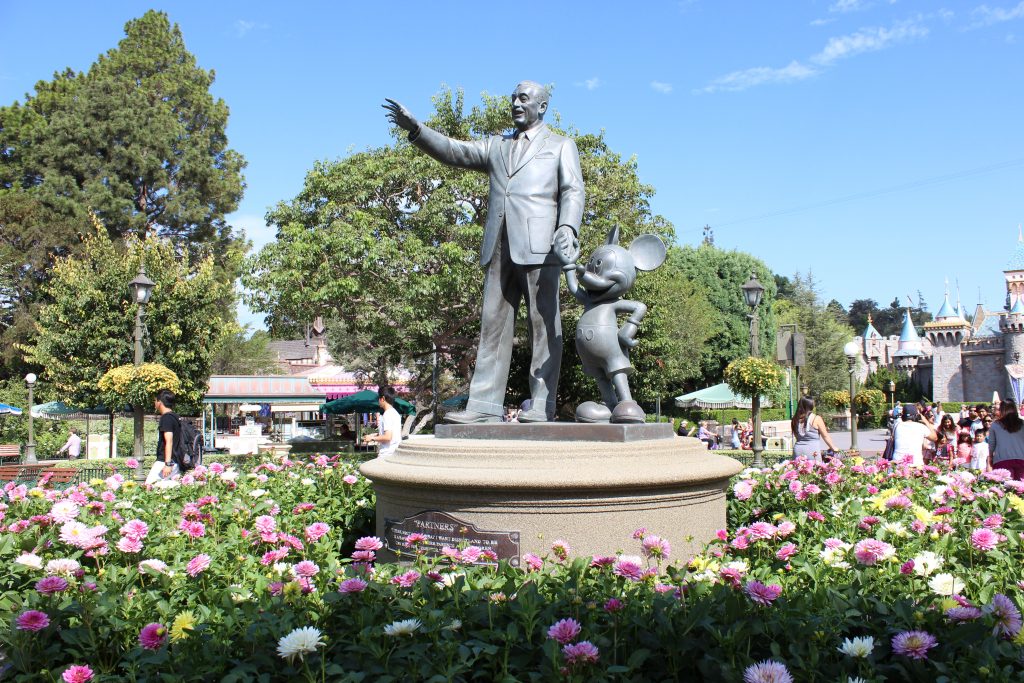 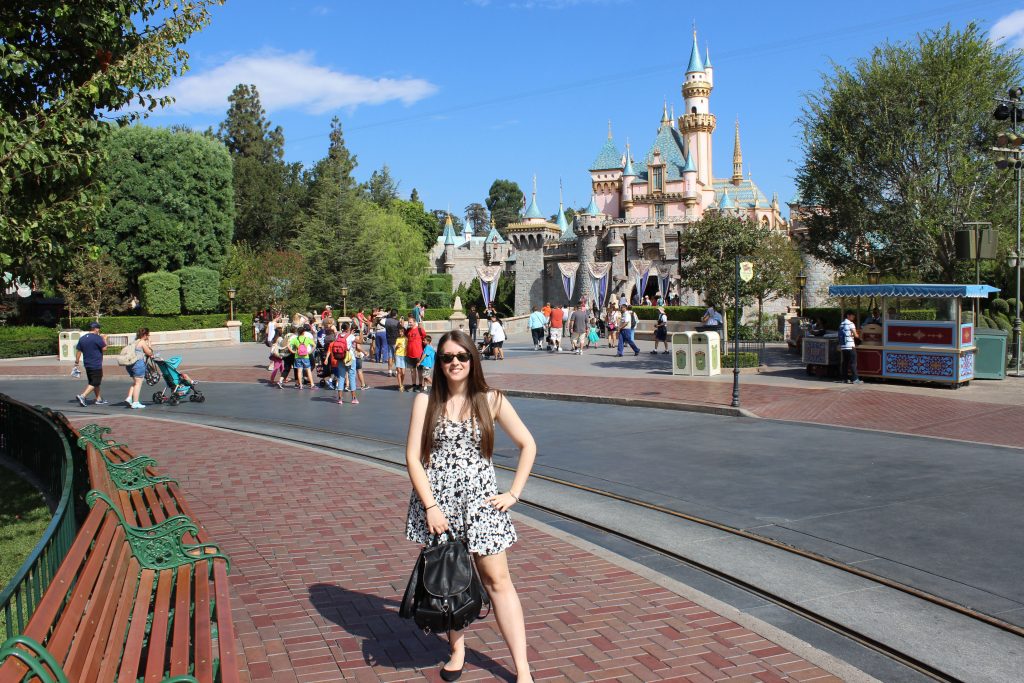 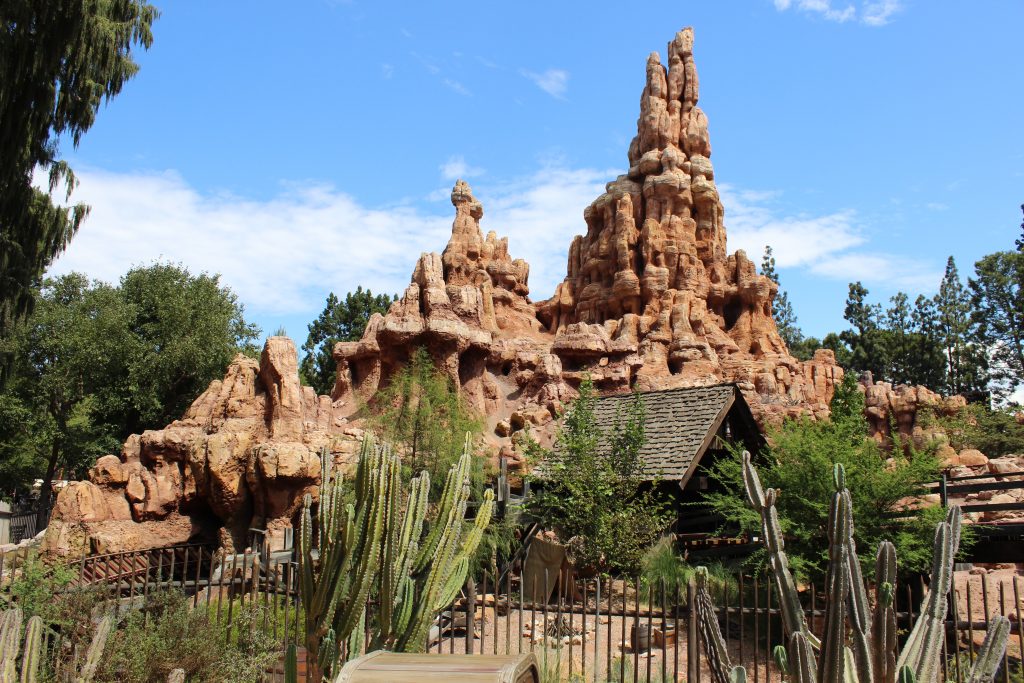 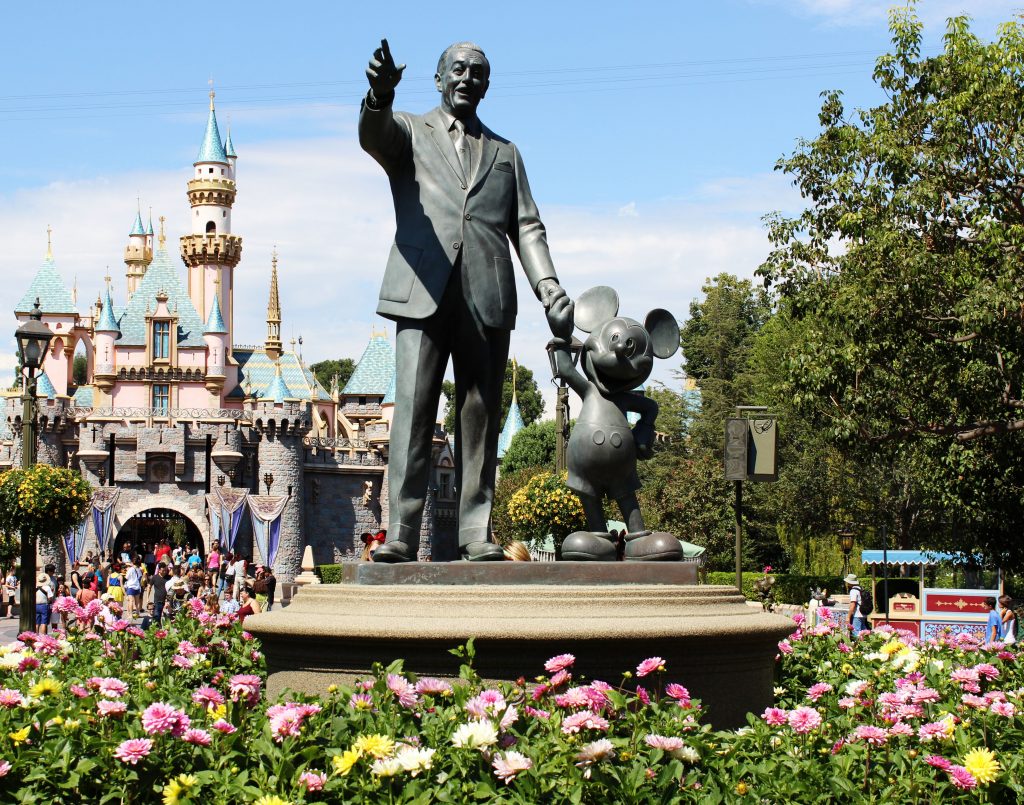 Day one began with us exploring the Disneyland park, we tried to cram in as many rides as possible, despite the intense heat! My favourite ride in this park is probably the Indiana Jones Adventure, it’s amazingly well themed – Disney imagineering at its finest. We headed over to California Adventure in the evening to see what the park looked like at dusk/night. Cars Land was definitely a highlight. The theming is off the scale, and all the awesome neon signs add to the experience. We finished the day by watching the fireworks over at Magic Kingdom! 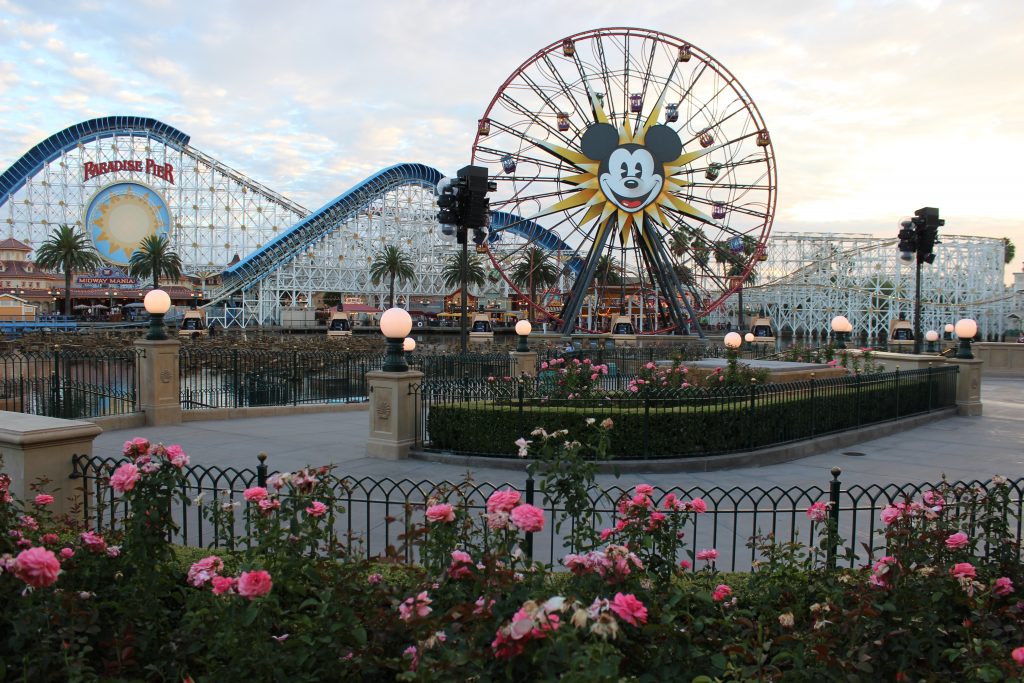 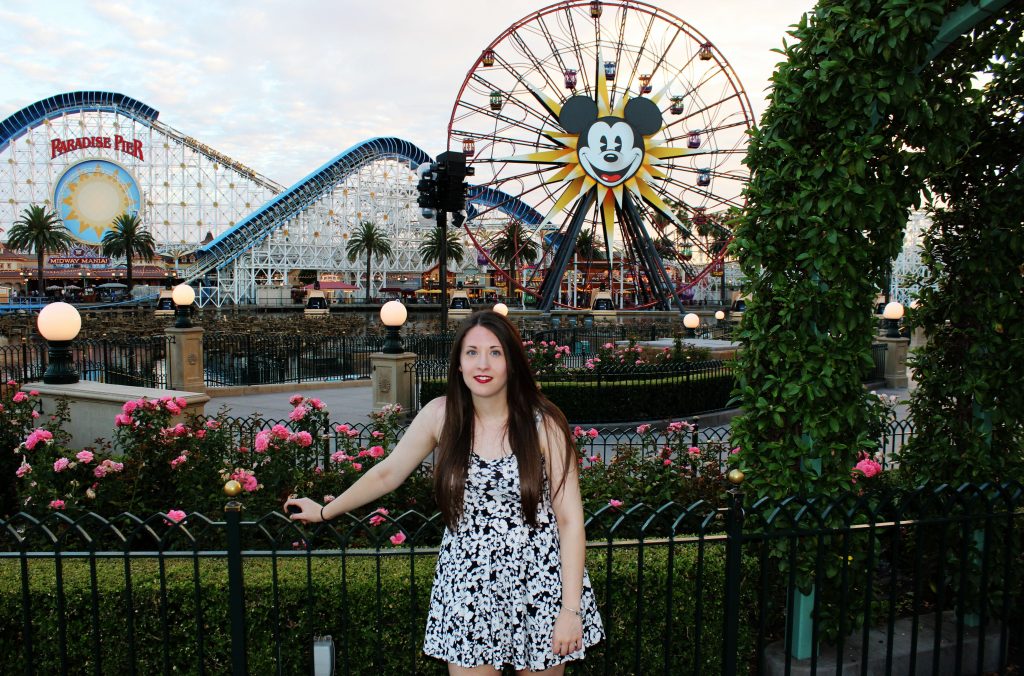 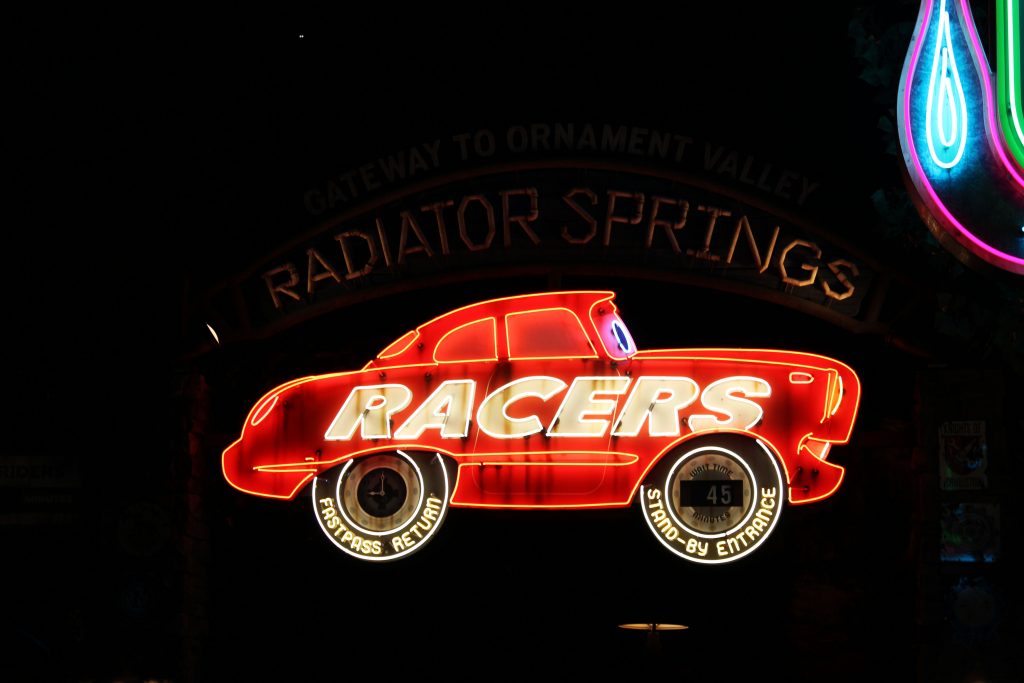 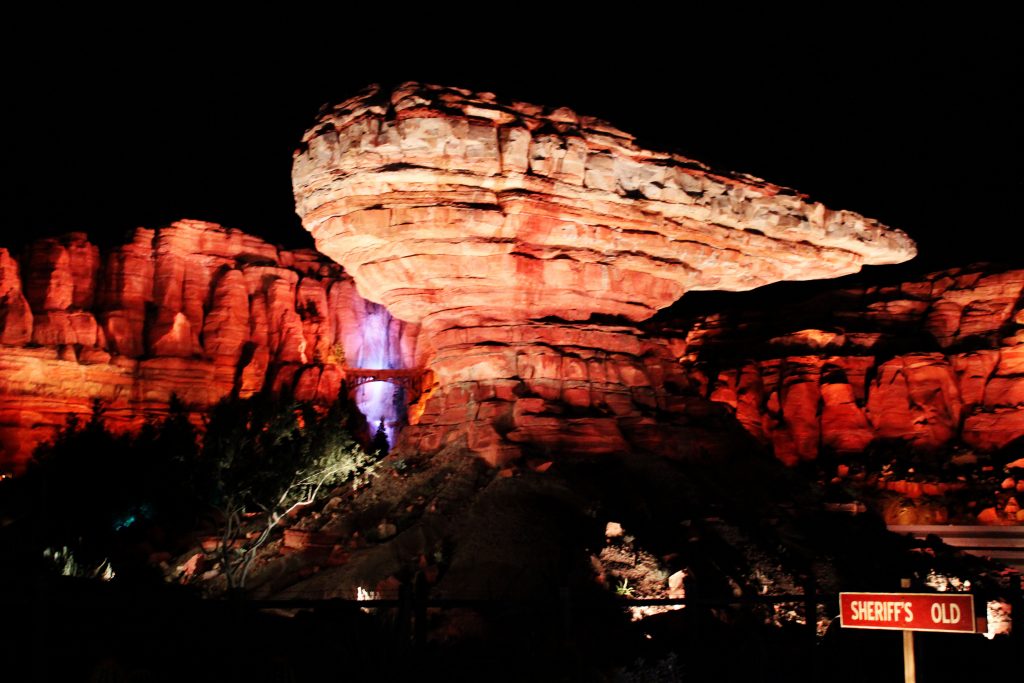 Our second day was the only overcast day we had the whole holiday! We wanted to check out Cars Land in California Adventure, so we made our way round and grabbed fastpasses for the major attraction “Radiator Springs Racers”, which is very similar to Test Track in Orlando. Even though it was September queues for the ride were in excess of 90minutes! We also paid a visit to one of our favourite Orlando spots Ghirardelli Ice cream! We ended the day by taking a trip to a local shopping centre, where I went completely mental in Bath and Body works – all the hand sanitisers just smelt too good – and for a $1 each I could hardly say no. Dinne was at “The Olive Garden” and I think it’s safe to say that my boyfriend is now fairly obsessed with their unlimited garlic bread sticks. 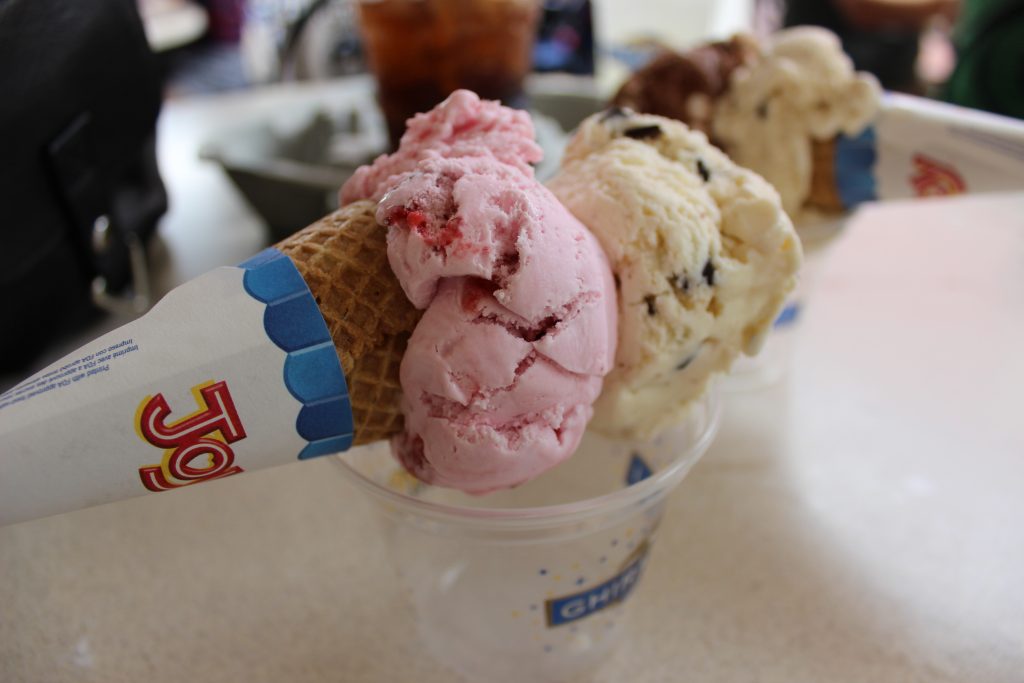 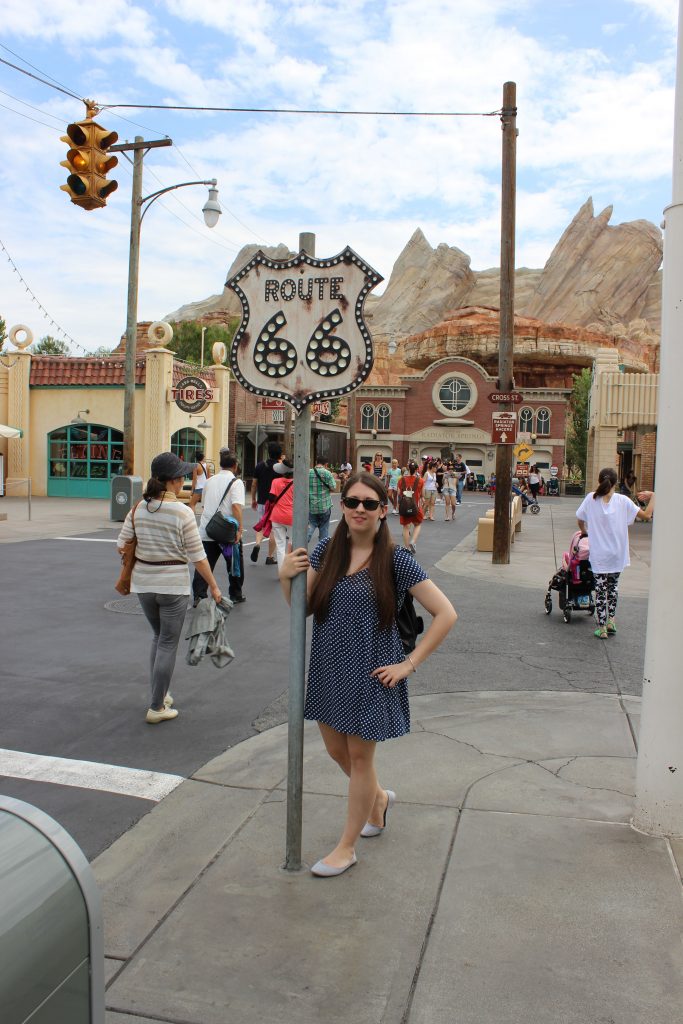 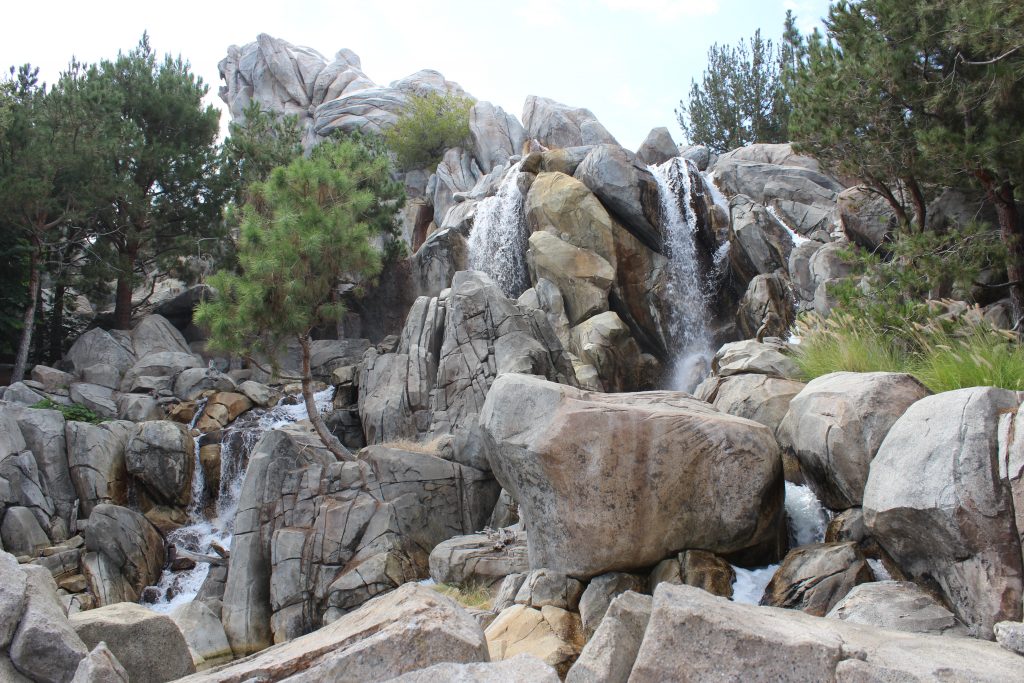 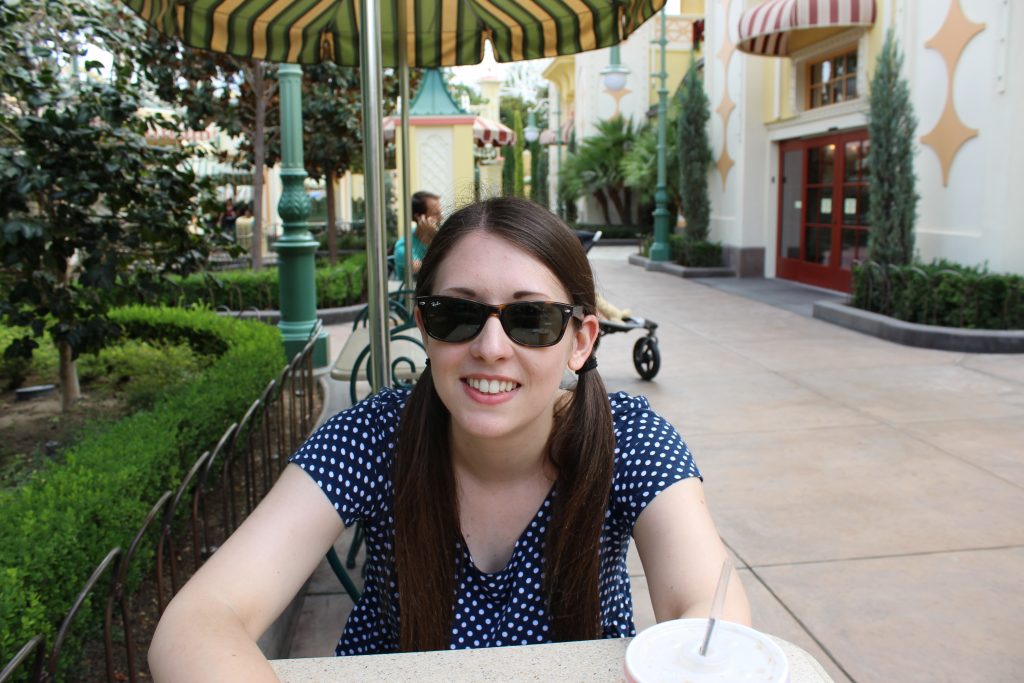 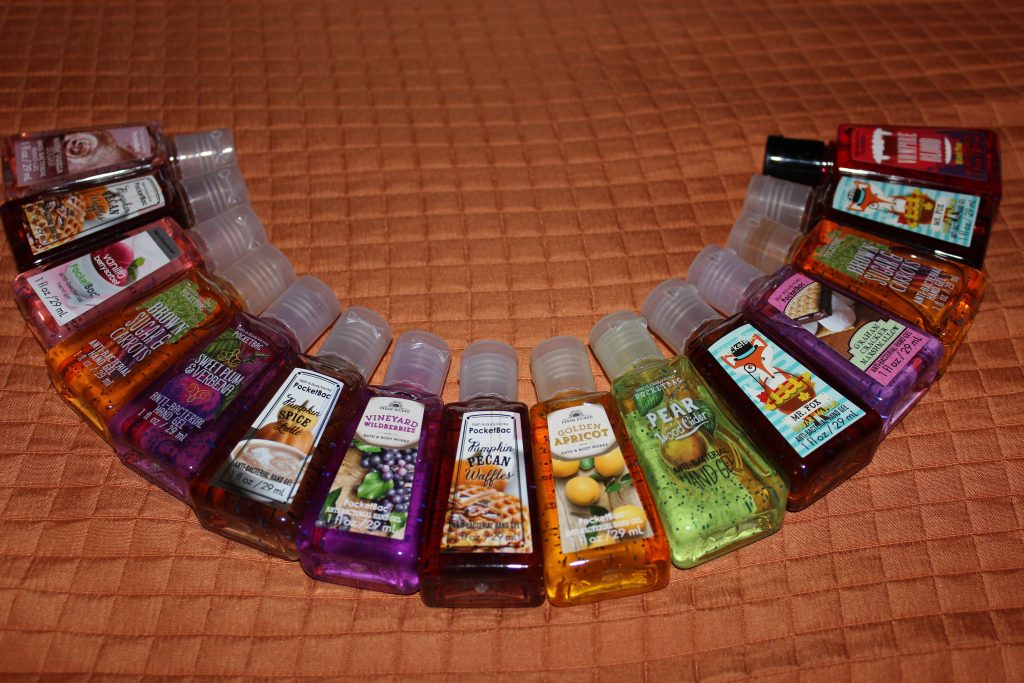 A beautiful day, which we spent bouncing back and forward between both parks and doing any rides we had missed. The highlight of this day was definitely the World of Colour show in the evening. I suggested to James that we paid a visit to the Cove Bar for some drinks, which overlooks the lake that World of Colour takes place on. We managed to score an awesome table at the edge of the bar, which meant we could enjoy our drinks and have a great view of the show at the same time (Tip: I would definitely recommend this if you prefer a more relaxed setting, and don’t fancy being squished in with all the people watching it in the pre set-up viewing areas) 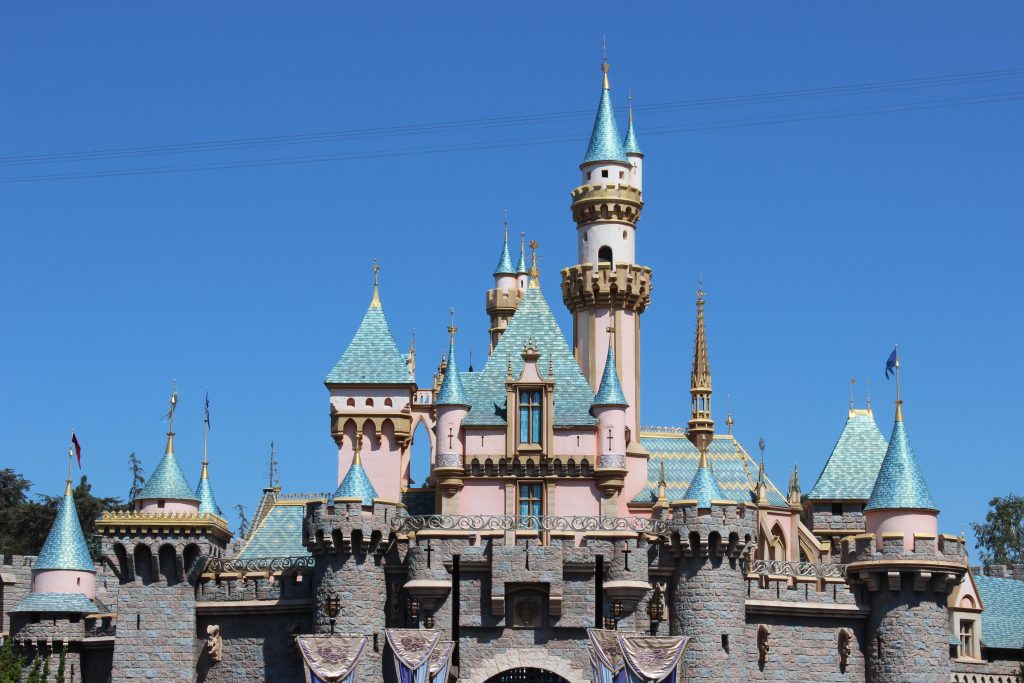 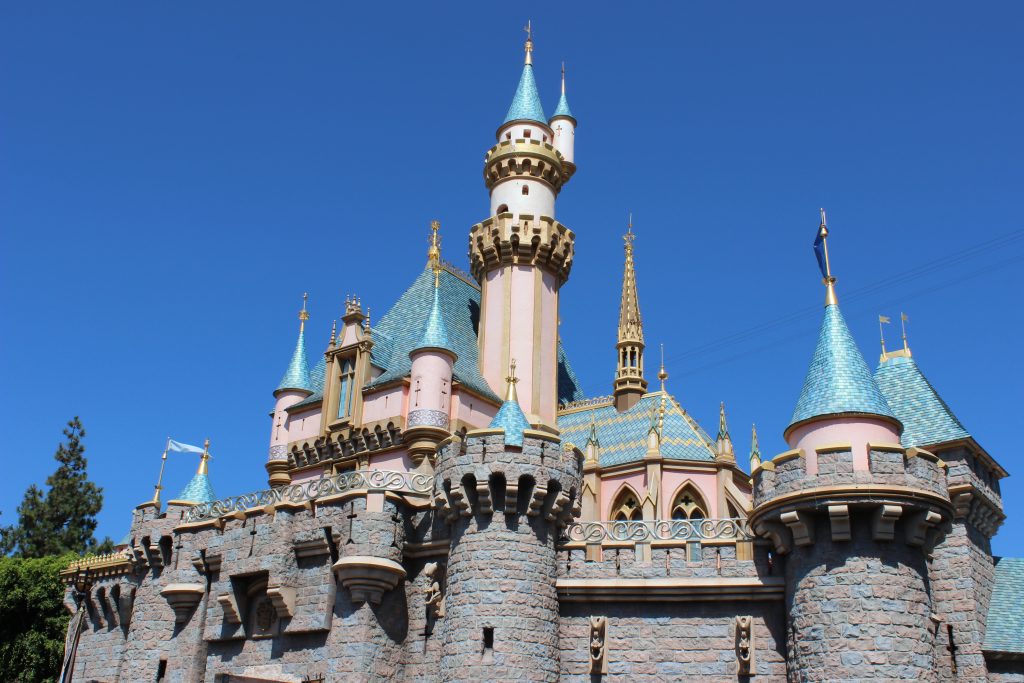 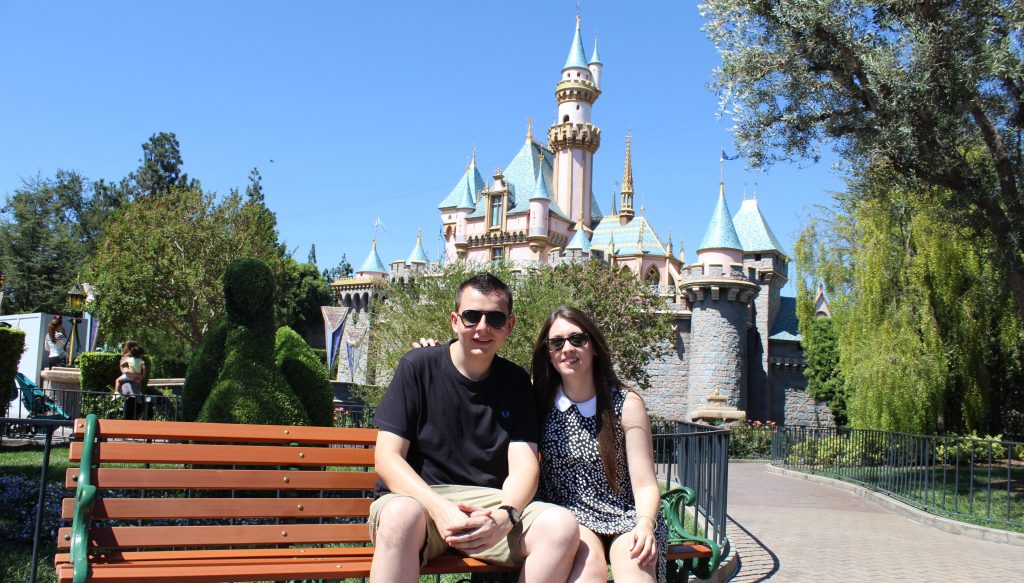 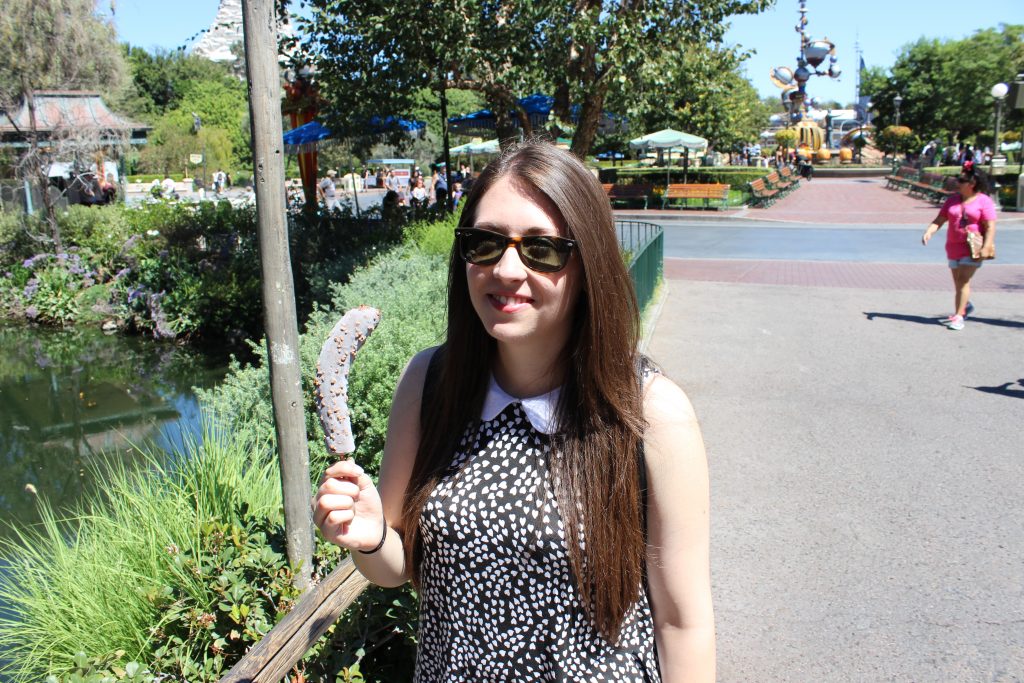 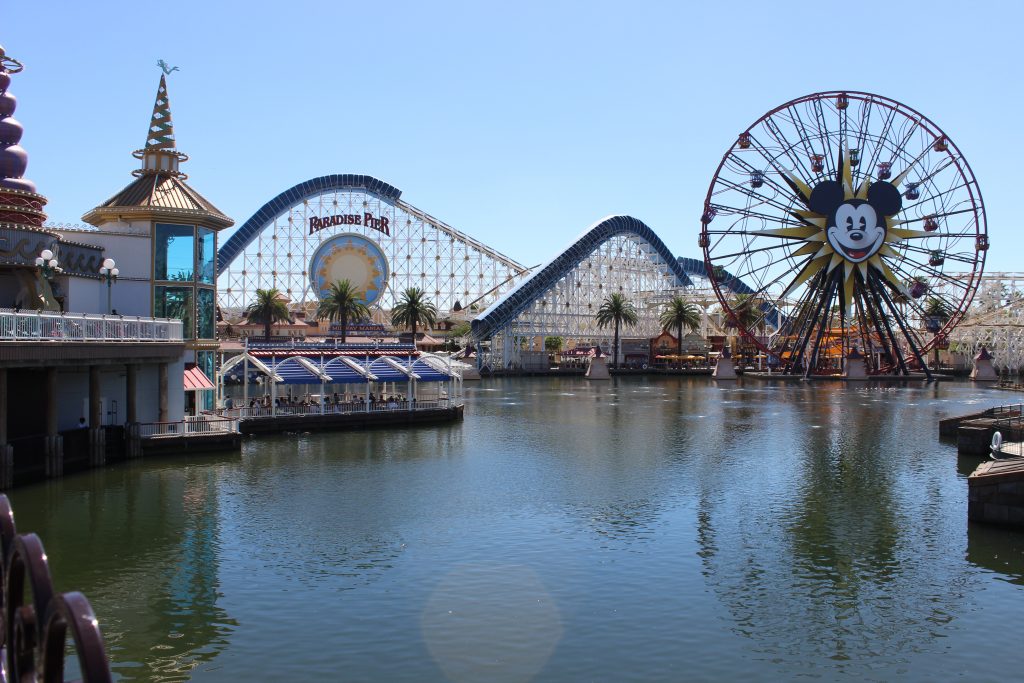 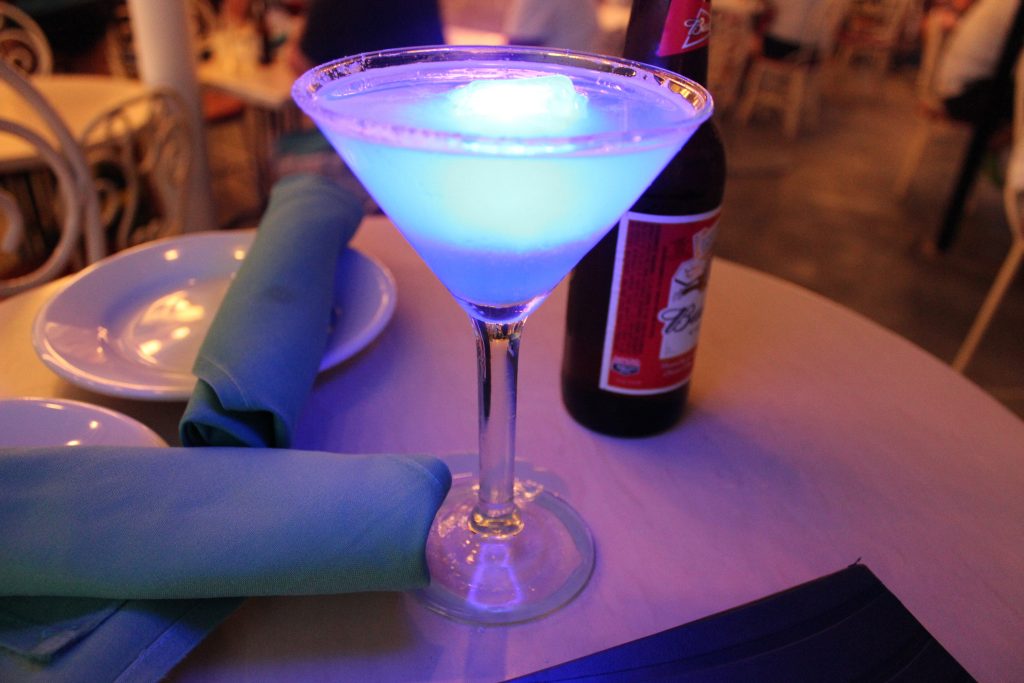 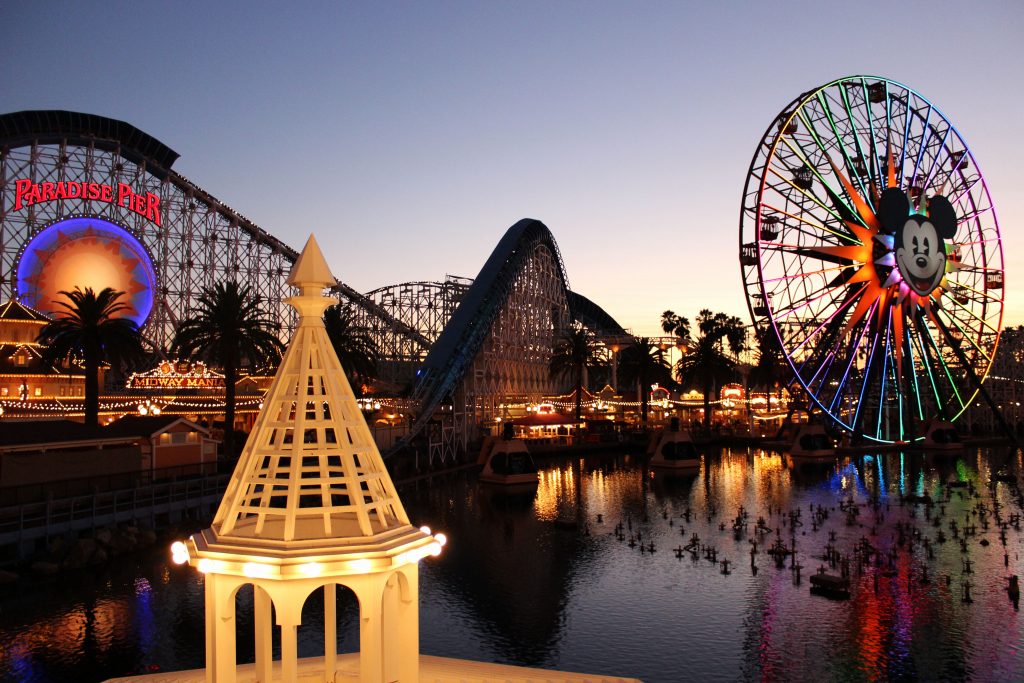 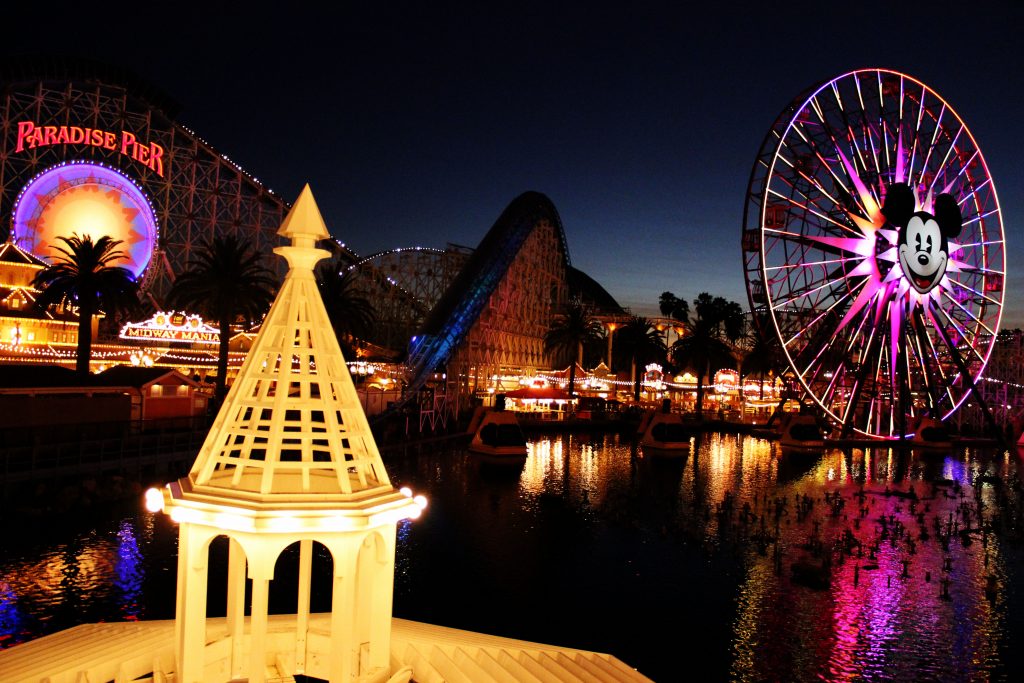 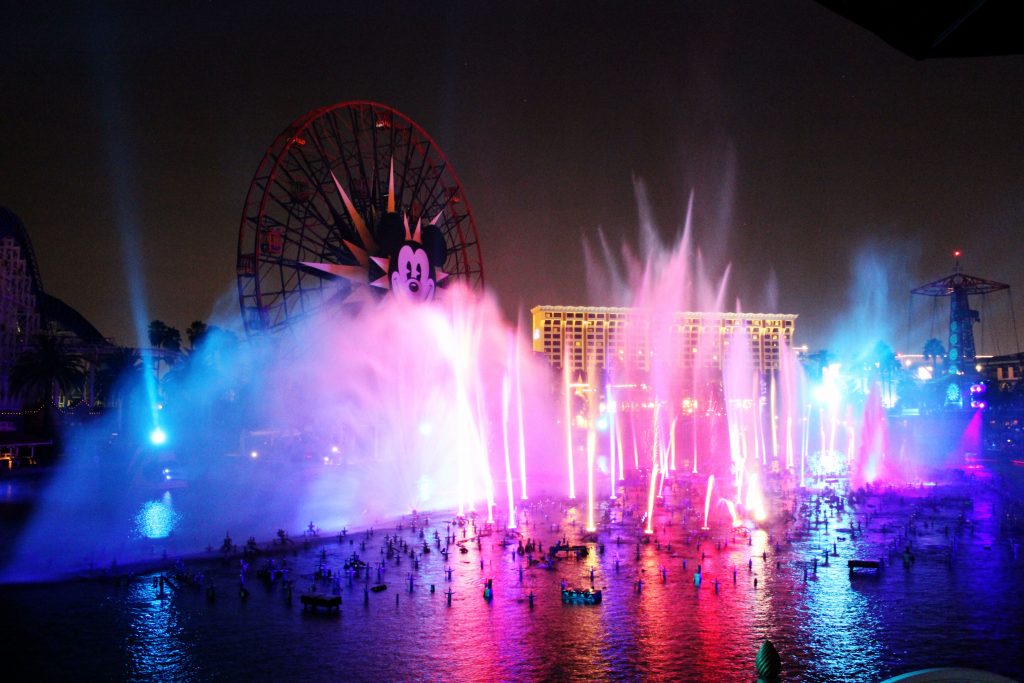 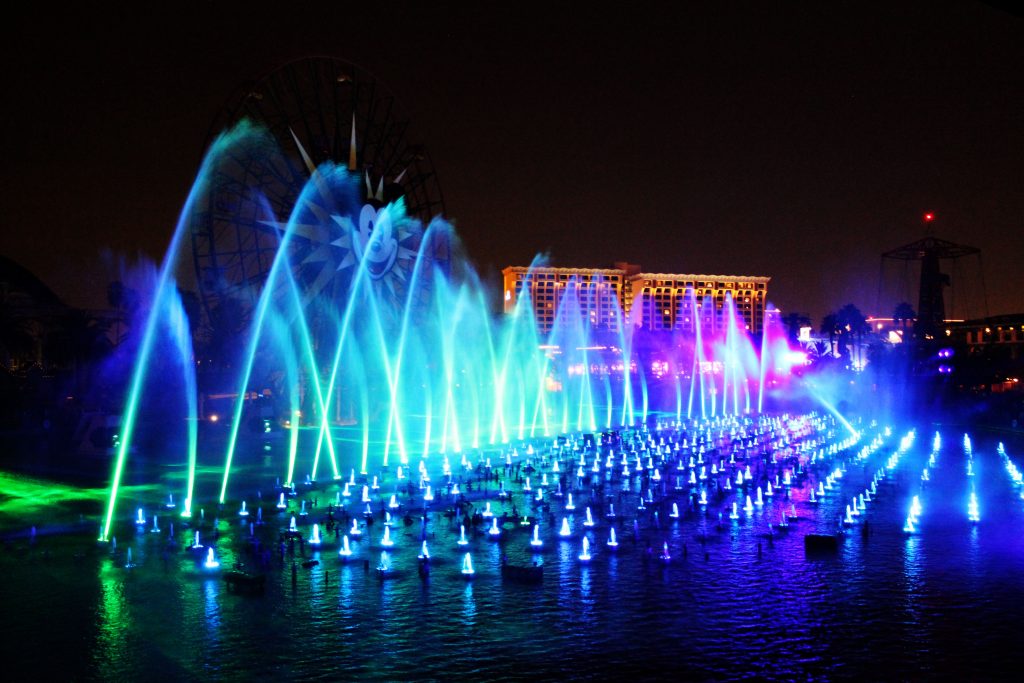 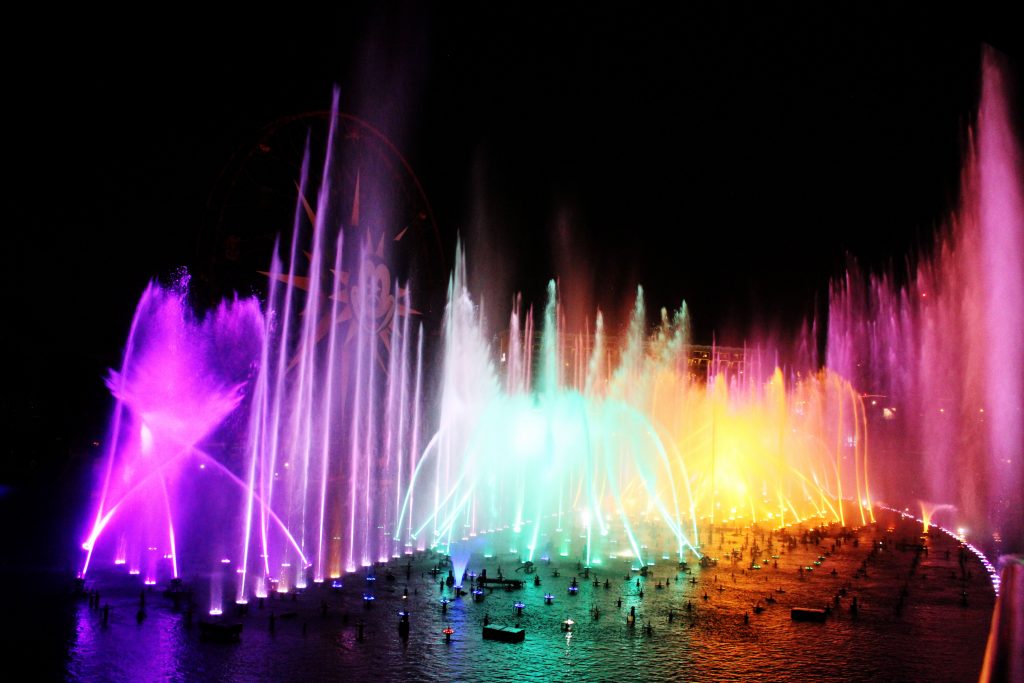 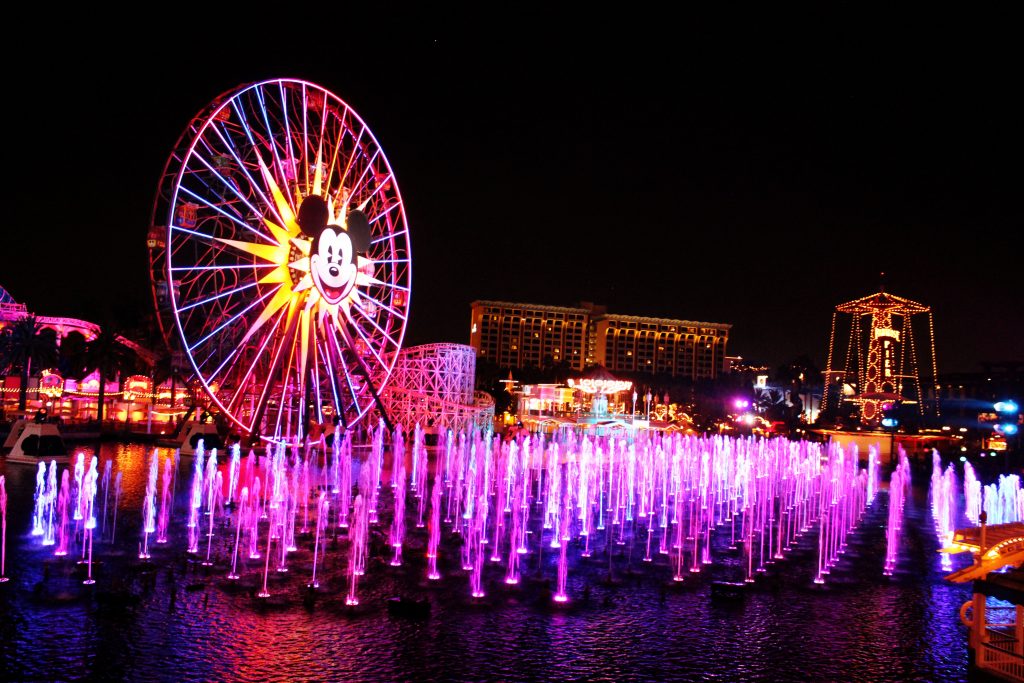 As you can see, I opted for a Blue “Glow-tini” followed by a Godiva Liqueur Flight – which was three half-ounce pours of Godiva Liqueur: Chocolate, White Chocolate, and Caramel topped with Godiva Liqueur-infused Strawberries! Highly recommended but I do admit I was slightly tipsy afterwards…

Although we were sad to leave Disney we were off to Hollywood next, there will be a photo update with the next leg of our trip very soon!