Who doesn’t love chocolate?! So when I heard there was a new restaurant coming to Universal Orlando that heavily featured lots of crazy sweet concoctions I was on that plane faster than you can say “Dairy Milk”. The Toothsome Chocolate Factory and Savoury Feast Kitchen is a restaurant themed around a 19th century steampunk chocolate factory. When you step inside all staff are wearing steampunk inspired clothing and there’s a large shop full of sweet goodies to buy. 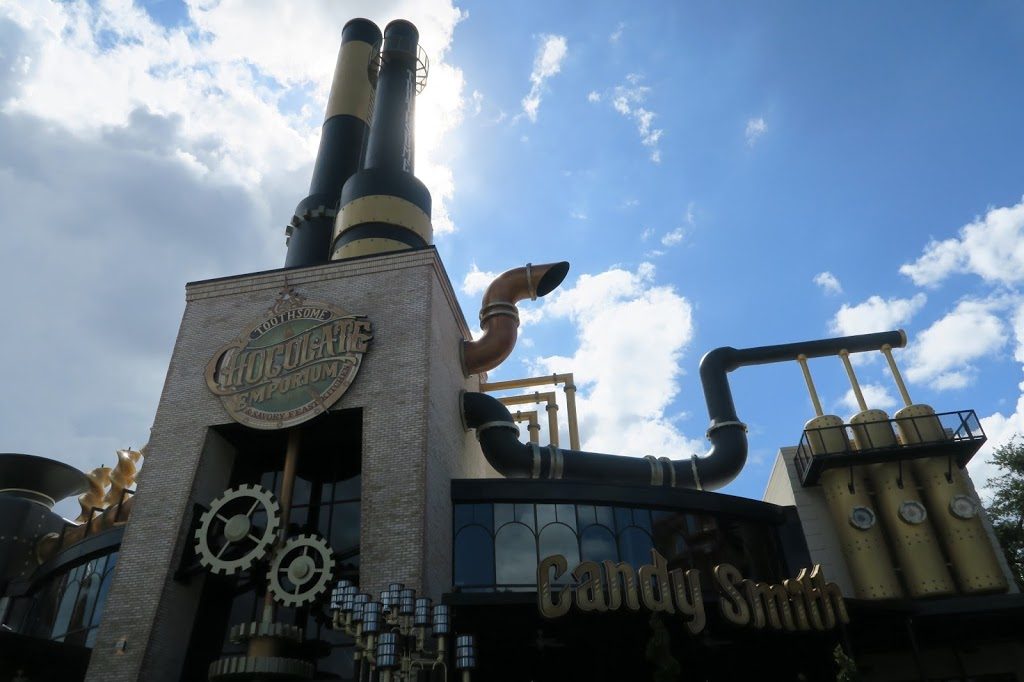 When we were in Orlando the restaurant was undergoing a “soft opening” period. This meant they were still dealing with final touches and it wasn’t possible to book a table. The best part about this place is that there’s a dessert counter named “dessert foundry” at the front where you can buy all of the amazing goodies without necessarily sitting down for a full meal, which is exactly what we did! 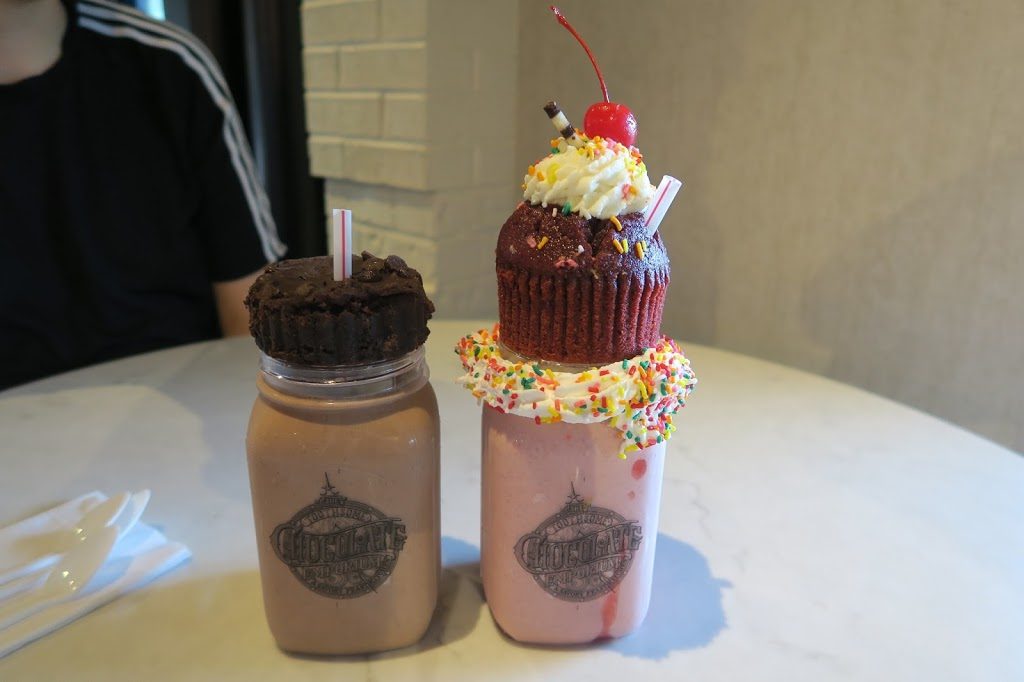 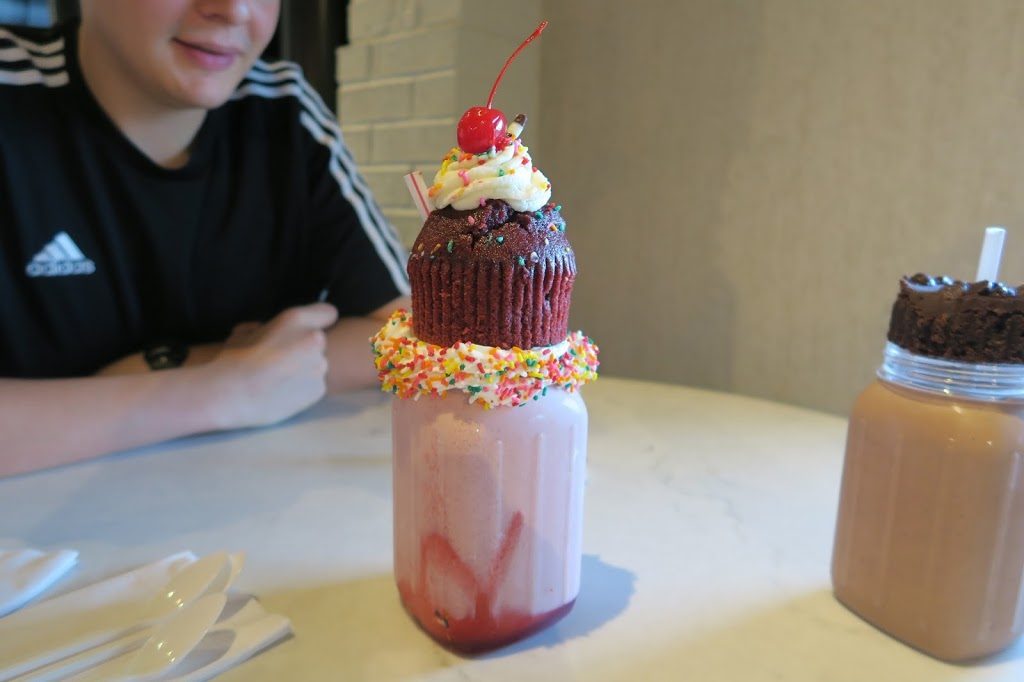 Here’s what we ordered! There was so much to choose from, with an amazing selection of sundaes in flavours like “banana cream pie” and “may contain nuts”. But we just had to go for the milkshakes! (Or are they called freakshakes these days?!) We decided on “Red Velvet” and “Brownie” – as you can see they were IMMENSE. With a whole cupcake and brownie topping each one, 3 of us shared these 2 and we struggled! 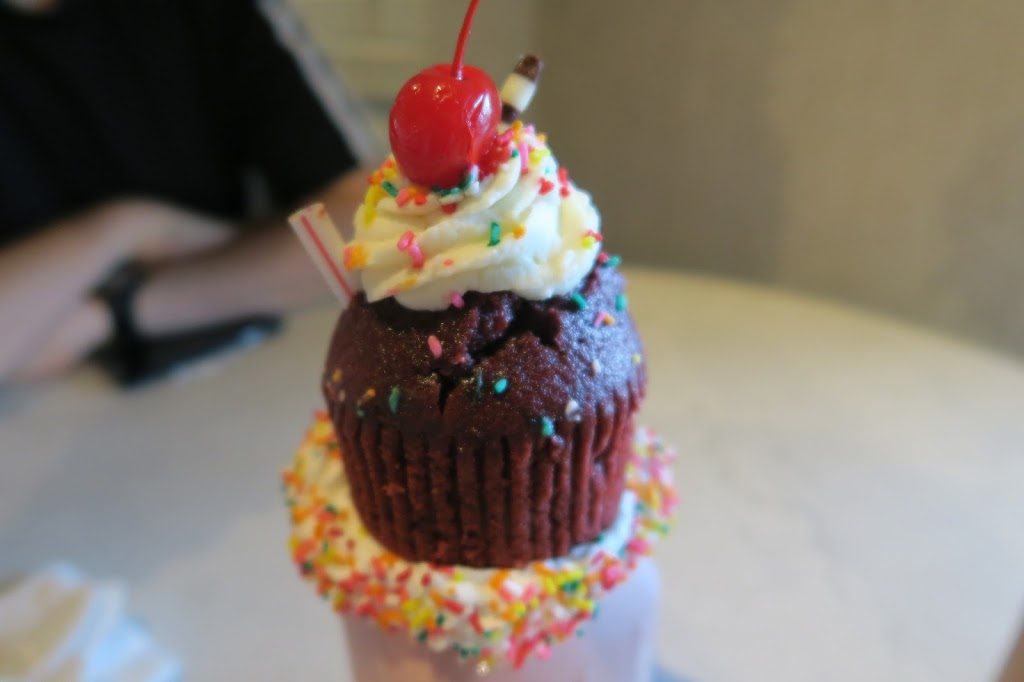 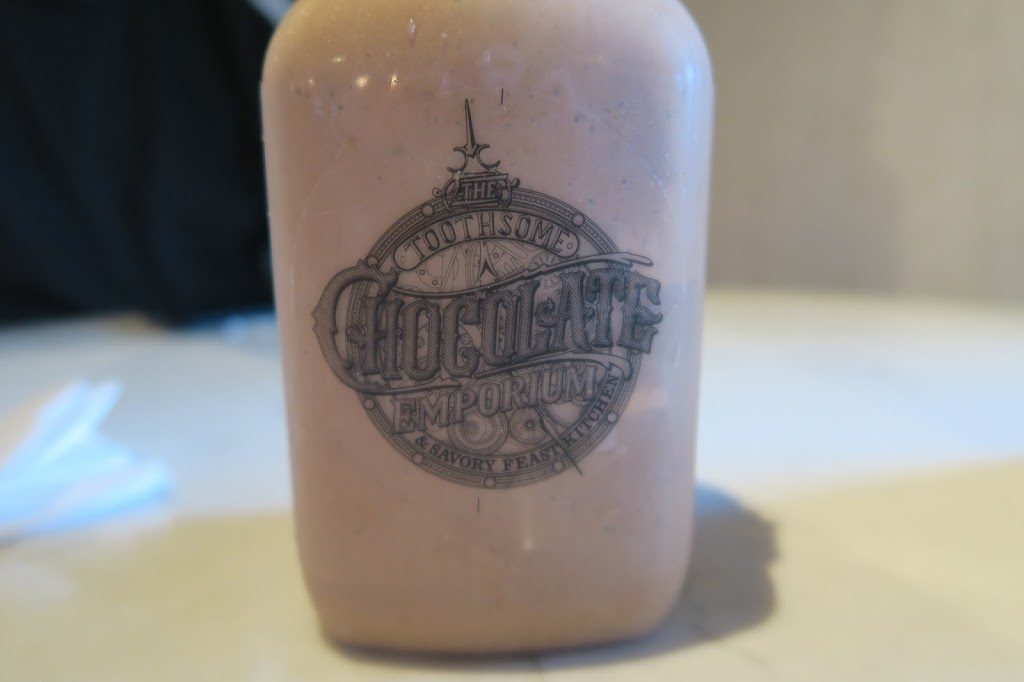 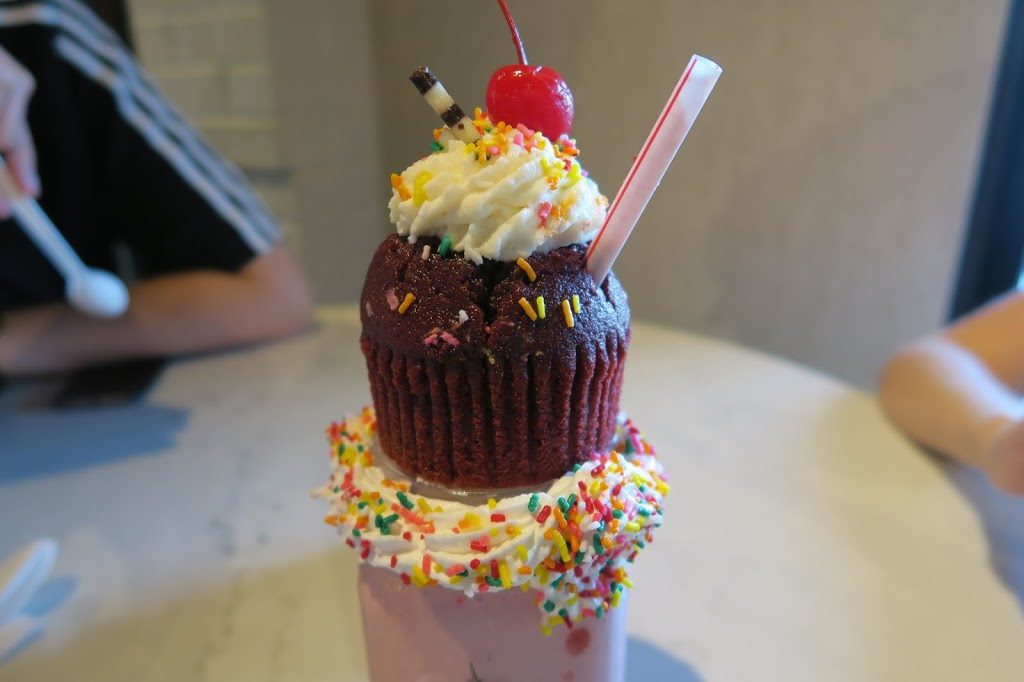 The ice cream used in the shakes was delicious and the toppings were incredible! As I mentioned before there was a huge range to choose from. If you didn’t fancy something chocolate you could try the “Bacon Brittle” milkshake. A culmination of bacon ice cream and bacon caramel, or the “espresso buzz” to get your coffee fix. There was something for everyone. 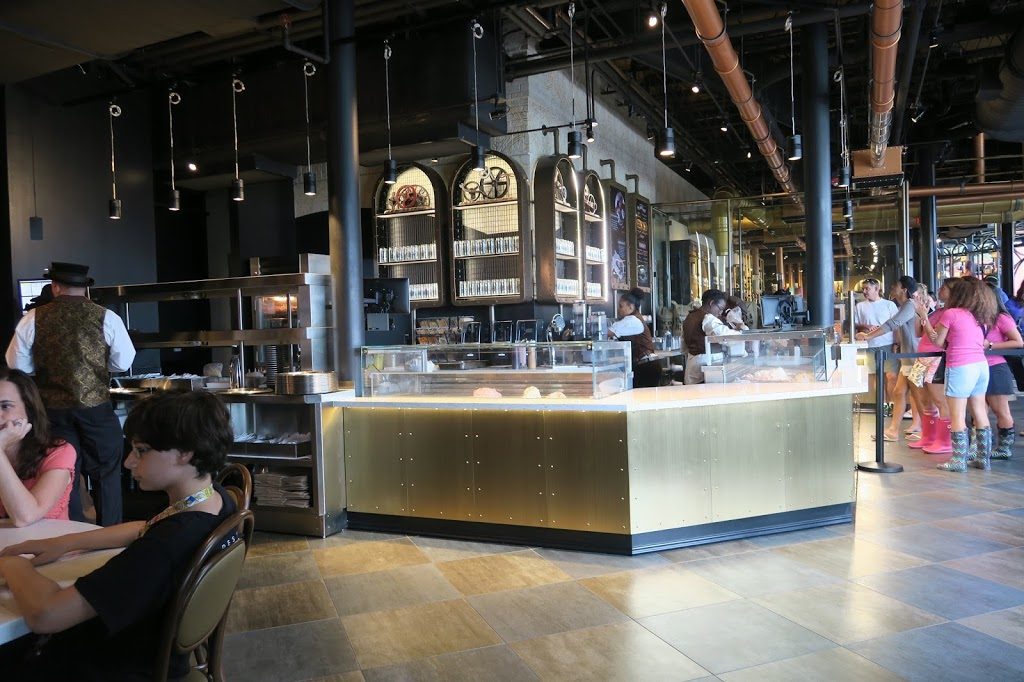 Overall it was a great experience and a nice way to cool down from the Florida heat. These milkshakes were quite expensive ranging from $12-13 each, but worth it purely for the novelty alone!