Bloggy Brides – 10 Things I Learned On My Wedding Day

A couple of weeks ago I got chatting to Clara who started up Bloggy Brides. A group of girls who have come together to write about all things wedding. The group were looking for some new brides to get involved in creating content! Although I’m no longer a bride-to-be I still love talking about everything to do with weddings. So I immediately volunteered to be part of this new series. Last week there was a great post from Lianne all about the best websites for brides. This week I’m going to be talking about 10 Things I Learned On My Wedding Day, which was 5 weeks ago now. It really has flown by!

Me and James got married on July 1st 2017. I had spent nearly 18months planning our wedding. I definitely had a picture in my head of what I wanted our day to be like. To be honest with you it surpassed every expectation we both had. It really was perfect for us in every way. I definitely learned some things on the day itself though and today I’m sharing them with you! 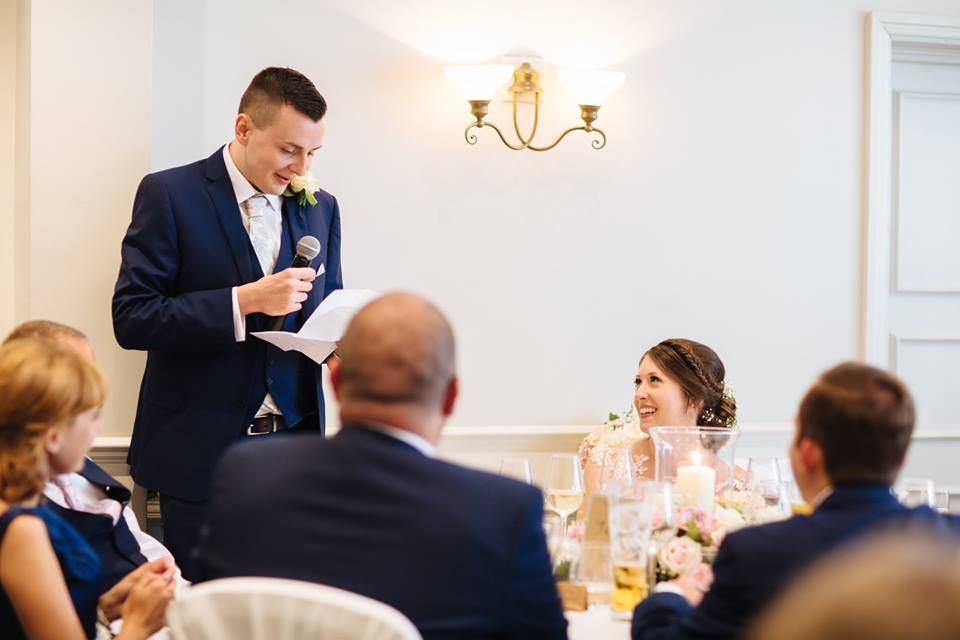 It’s very weird having no belongings

As someone who tends to carry a huge bag around with them most of the time it was very weird having none of my possessions with me on the wedding day. I gave my phone to my sister and my mum had any makeup I needed for a touch-up. To be honest with you it was quite nice not to have anything to carry around or worry about. I didn’t really know where my phone was for most of the day and that was fine by me. It made an appearance at the end of our reception though. It had ended up in James’ pocket and it meant I got some great videos of everyone partying on the dancefloor.

After a while those shoes get uncomfortable

I have to admit I lasted quite well in my wedding shoes. At about 9pm though I couldn’t take it anymore, they were whipped off and placed on the nearest chair. I spent the rest of the evening walking around and dancing barefoot!

The vicar who led our service said when it came to the “I Dos” or “I wills” we had to project our voices and say it as loud as we could. Of course this led to me and James laughing every time we looked at each other. Of course the vows are very sentimental but it did feel strange being so serious and proclaiming it to all who could hear. Interspersing vows with a bit of humour and a laugh every time me and James made eye contact made it slightly less nerve-wracking.

If things go wrong you probably won’t even notice

Things did go wrong on the day. The florist turned up to the church to deliver the flowers only to find out that no one was actually at the church to take delivery. Despite us letting everyone know! Luckily I think most people knew to try and shield me from most of the dramas so I was pretty much none the wiser. When we were having our meal the playlist messed up and meant none of our songs could be played. At the end of the day it really didn’t matter though as everyone was having a laugh and a chat. The venue had a back-up list of music which they piped in instead. 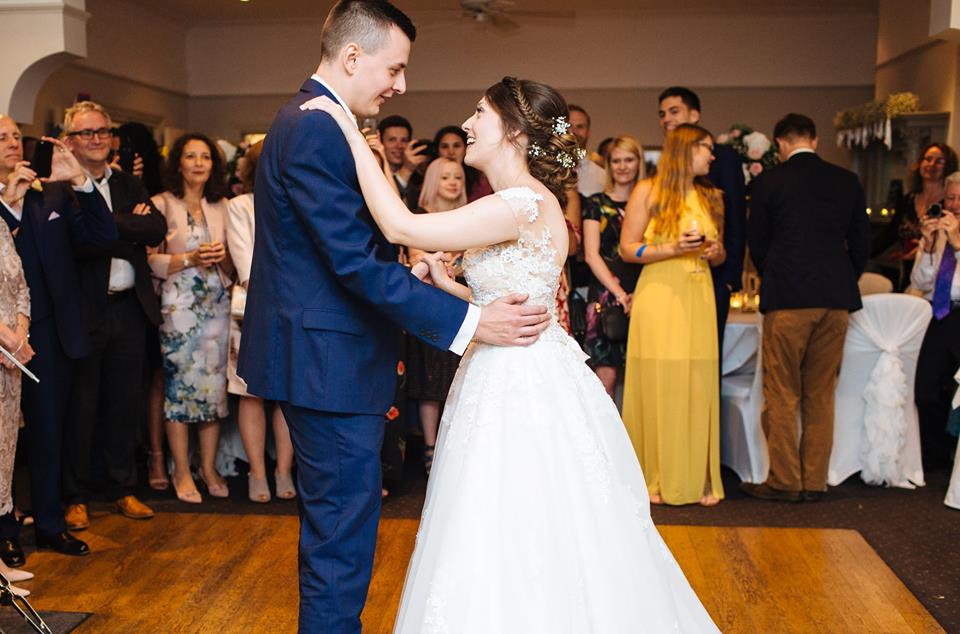 Your face will hurt from smiling

Oh so many photos were taken.  I loved having them done but it was such a mission getting the group shots set up and organised! Calling people over, making sure people were stood where they should be and trying not to blink into the lens and flashing your best smile. It was totally worth it though. I’m currently waiting on our professional photos and am so looking forward to browsing through all of them.

Your dress will get dirty and people will tread on it

Getting our wedding pictures saw me wading my way through a large number of twigs and items of woodland. This meant that my dress did get a little dirty and let’s say, twiggy. At one point there were numerous insects crawling around the bottom of it. #glam

It was a large dress too, which meant that inevitably people stood on it. It was so funny as when lots of people were on the dancefloor they formed a circle around my dress so that no one was stepping on it.

People will get drunk

People keep telling me different versions of encounters they had with my uncle who was very, very drunk. He was happily talking to everyone, people he knew and didn’t know. This resulted in a number of hilarious selfies and some funny memories to look back on in years to come.

The evening will FLY by and you probably won’t eat

I was so stressed out before the wedding itself that I couldn’t bring myself to eat anything but a small sandwich square. Once we sat down for the meal I didn’t want to pig out as my dress was quite tight. By the time that the party finished at 12am I realised I’d barely eaten anything the entire day! I was so loaded on adrenaline that I barely noticed! The evening really did fly by and it was a happy blur of speaking to all of our guests and having a boogie on the dancefloor.

When we got home and opened all our cards we couldn’t believe the sheer number we had! It was so lovely to read through everyone’s kind wishes. However we ran out of space to put them all in the end! I’m now thinking of getting a special book or box that I can keep them in to ensure they’re all kept safe.

You will be buzzing for a while afterwards

After the wedding had finished and I was getting ready to sleep my whole body was buzzing. I couldn’t shut down and constantly kept replaying all of the memories we had made over the course of the day.  It was all over and I was filled with happiness over what a success it had been and how happy I was to be married to my best friend. 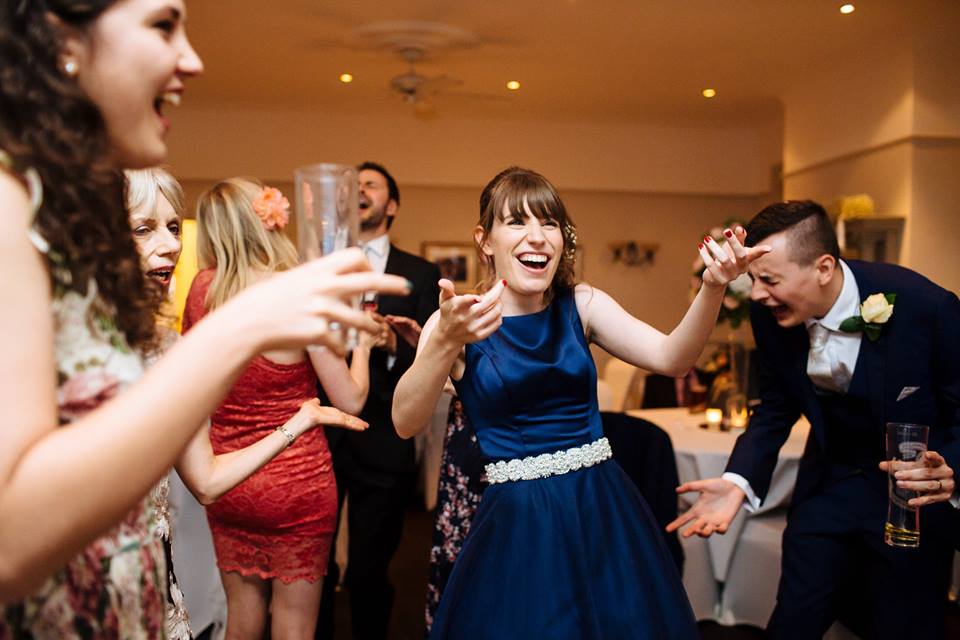 While you’re here why not follow Bloggy Brides on twitter? Or check out the other girls who are part of the crew to get your fill of all things wedding related –  Clara, Catriona, Rebecca and Chloe