When I say sparkly, I mean it. These highlighters are packed full of shimmer. Some shades I felt were more wearable than others, and I’m not going to lie I was kind of lured in by its beautiful rainbow goodness. But there is no denying there are some beautiful shades here that I think would suit most skin tones.

The first shade in the palette is called “wish”. Its a peachy, neutral shade with some golden sparkle. This shade was definitely the most wearable for me. I found it was most complimentary to my skin tone, applied well and had the most minimal amount of fallout. It lasted nicely and was well pigmented.

Shade 2 on the top row is “unicorn”. This shade is a bubblegum pink with hints of lavender. I found this shade had more fallout than “Wish” but it looked pretty over the top of my blush. It is definitely very sparkly so just be careful when applying that you don’t end up with a positively glimmering face!

Finally we have “magic” as the last shade on the top row. This looks green in the pan but when applied it is much more muted. It definitely has a green tint to it but it also has some golden tones. This was my least favourite of the top row as I felt it wasn’t as versatile as the other two shades. 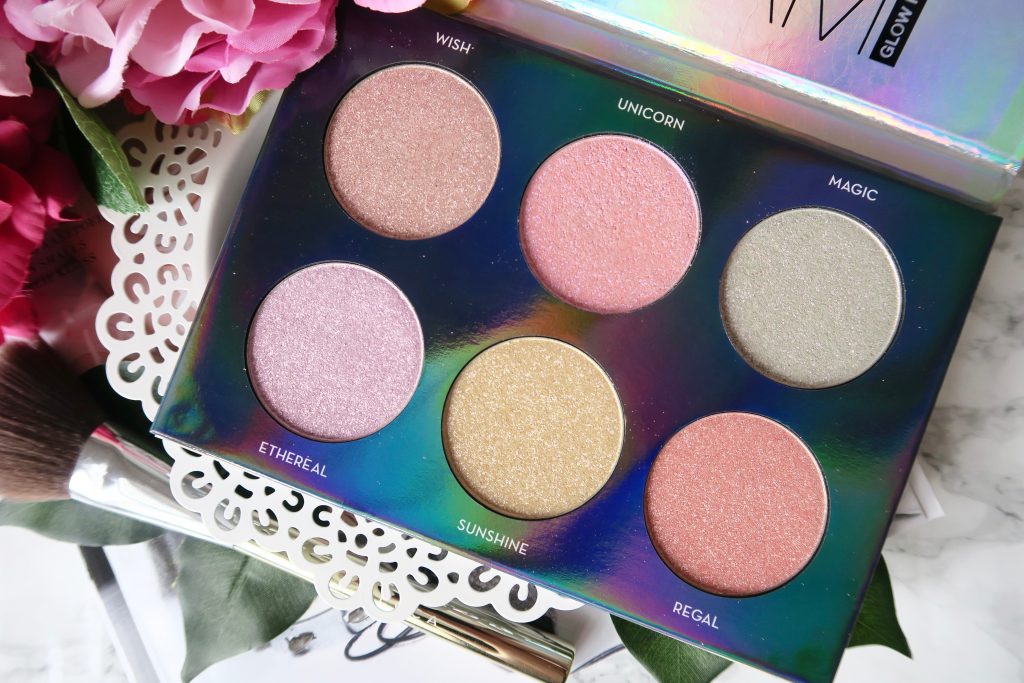 On the bottom row there is “ethereal”. This is a pretty and cool toned lavender. It goes very nicely alongside “unicorn”. I felt this shade had great pigmentation and it seemed to  be the only shade with a white base which made it appear more on the skin.

Next up was “sunshine”. This is a yellowy gold colour. I don’t find yellows work particularly well on my skin but like the other shades it left a pretty sheen on the cheek and lasted well.

Finally there is the shade “regal”. This is a peach almost light red toned highlighter. Again I think this shade would be very complimentary alongside a peach toned blush. It would look great with a tan. 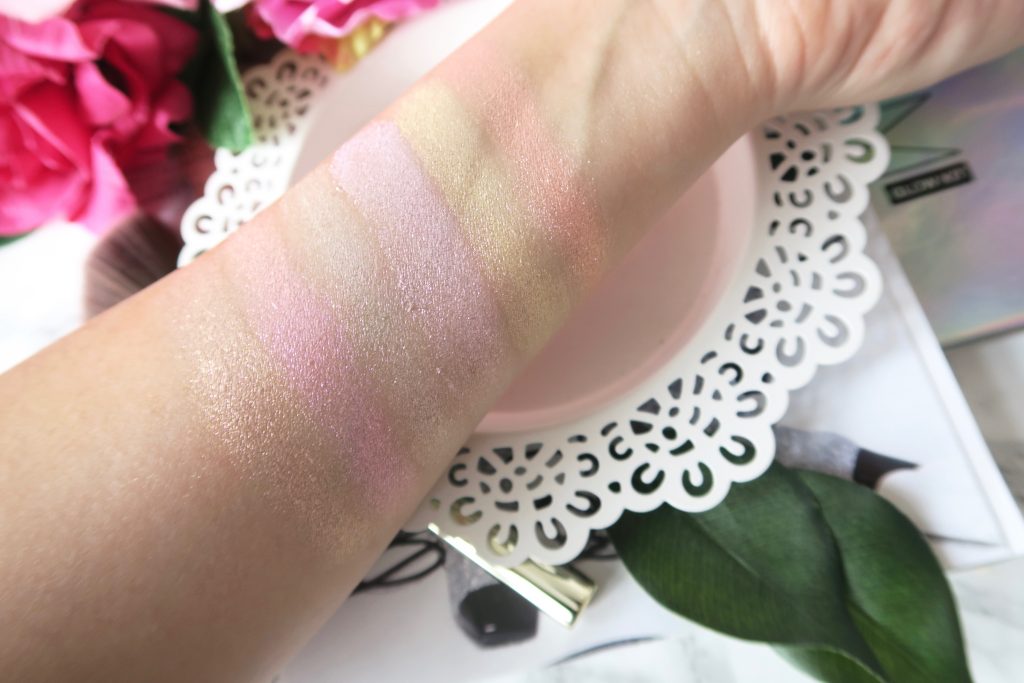 Overall I think this is such a fun highlighter set. Priced at £46 it definitely isn’t cheap though. The shades have a mix of sheer or more full coverage highlight and some have more fallout than others. I definitely try and make all the shades work and like with many other products, if it doesn’t work as a highlight I try and adapt it to be used as an eyeshadow.

Have you picked up this palette by Anastasia Beverly Hills?